I always appreciated Charlie Daniels' music and his political point of view as expressed through his music.
So, now that i'd become aware of this column, I had to share it with my visitors.

Please visit the site from which the column was published. 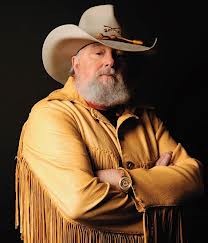 If Gov't Can Make Bullets Disappear From Stores, Why Can't It Make Food And Medicine?

I know some of you folks don't shoot, but to the many of you who do, I would like to pose a question.


Have you tried to purchase any ammunition lately?


All calibers are disappearing from store shelves, but .22 long rifles, in bulk, can't be found at all anywhere, even the most dependable internet super dealers are out of stock and are making no promises about when they'll be available again, and it's my opinion that soon the same thing will be true about the other calibers.


I readily admit that one of the reasons is that Barack Obama's outright war on guns, the "feel good" juvenile antics of Governor Cuomo of New York and the childish Democrats in the Missouri and Wisconsin state legislatures have scared legal gun owners into stockpiling ammunition, justly fearing that it will get hard, if not impossible to get.


But, can somebody please tell me why Homeland Security and many other, supposedly benign government agencies have bought over two billion rounds and are ordering millions more of all calibers, even the smaller ones?

Is this a back door attempt at gun control, a way around a Congress that is scared to death of gun legislation? Another presidential backstreet move to have his way by hook or crook and blame it on free market demand? Just dry up the ammo and the guns will be useless?

My information is that the manufacturers are straining every nerve trying to keep up with the demand, but with Homeland Security commandeering so much of their production, the task is impossible.


Is this the beginning of the weaning of America?


It's a scary scenario, but let me relate an even scarier one.


If the government can make bullets disappear from store shelves, why couldn't it make food disappear, or fuel or medicine, or anything else for that matter?

The point being that big government can do just about anything they want to and there's little the minority of us who fear it can do about it as long as the majority who don't fear it keeps tripping down the primrose path with their heads in the clouds and their hands out.

There is a little known piece of legislation that passed Congress a while back called The Food Safety Modernization Act and the provisions are shadowy at best, having to do with agriculture and the production of food in America.


I checked into it when I found out about it only to find the bill had just cleared the Senate and was on President Obama's desk. What struck me as strange was the fact that our two Tennessee Senators were split on the vote; Bob Corker voted against it and Lamar Alexander voted for it.

The provisions of the bill are said to protect the food supply, but what does that mean when it's taken out of government speak and translated into plain English?

Personally, I believe the government has taken upon itself the power to interrupt agriculture at any time it chooses under the guise of keeping tainted or otherwise unsafe food out of the market - up to, and including, the planting and harvesting of private home gardens.


The flow of medicine could easily be interrupted by claiming it contained impurities and harmful substances.


We've already seen how fuel can be rationed - just slow down the availability and delivery.


Big government can bring this nation to its knees in a matter of days. And, with a passive Senate and an ever more acquiescent Supreme Court, the power to do so is falling into the hands of one man.

Shaky ground for a free nation.

What do you think?

Pray for our troops and the peace of Jerusalem.