This is a short little video of North explaining about our military. If you know a veteran or a current military person, you have to see this. Watch till the end, it is a kicker!

Jamie Radtke, a Richmond area mother of three and chairwoman of the Virginia Tea Party Patriots has filed to run for the Virginia Republican Senate nomination, seeking the seat currently held by Senator Jim Webb (D-VA).
Radtke says she'll run to protect her children from debt, taxes and a federal government that she claims is guilty of "reckless and immoral spending." ..more

My Comments:  I like the way this lady talks.  she hits the nail on the head when she describes the government as "self-searving".  We need people like her in the Senate; people with balls who will conduct the business that is "...of the people, by the people, and for the people."  The way things are now, we could replace the word "people" with either "union" or "government".

Only by electing like-minded people can we turn this ship around.

She may represent your state, but her votes have national consequences.
Posted by Daniel Taverne at 11:13 PM No comments:

Fox News Headlines, and my Opinion

After failing to get climate-change legislation through Congress, the Obama administration plans on pushing through its environmental policies through other means, and Republicans are ready to put up a fight.
This columnist's page

This is one article folks should read. The article states that “critics think” Obama is pushing his cap and trade through the backdoor using the EPA to pass the regulation. This will in effect render congress powerless to stop, right?

Let me say that I’m a critic, and I KNOW this is what the president is doing. He has to please his friends at the Chicago Climate Exchange who stand to make billions, if not trillions, through carbon trading.

The sad thing is, this will DO NOTHING to effect the environment! All this will do is cost us jobs and MAKE EVERYTHING more expensive.

They are running the agenda-21 playbook. It is designed to transfer wealth from the USA to Asia and developing nations.

If you think I’m full of crap, google “agenda 21” and see what comes up.

Anyway, I do not believe the governments scientists. They’ve been paid to produce a specific outcome with their experiments. When the data didn’t show the desired results, the hid the data.

So, the fix is in. They are taking us for a ride (metaphorically). The government is blowing smoke up our asses. The Obama administration and the investors in CCX are hood-winking us.

Posted by Daniel Taverne at 9:34 PM No comments: 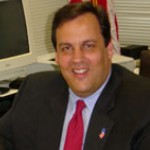 
Link to the story


Thank you Gov Christie! The Judge in the case should actually be charged with a crime, or disbarred for disallowing pertinent evidence in the case.


Our government is going way too far with illegal searches and seizures.


My question now is, did the young man get his firearms back. They should be returned to him with a nice payment from the district that convicted him.

What do you think?  Leave a comment or sign the guestbook.  Thanks
Posted by Daniel Taverne at 9:14 PM No comments:

Sarah Palin: I want to Go Camping too!


I watched sarah Palin’s Alaska tonight. It was great.


While watching the show, I can now see why liberals hate Sarah’s guts. Sarah Palin stands for everything they hate. Self Reliance, personal responsibility, gun rights, freedom, liberty, hard work and many of the things feminists and progressives despise.


Sarah Palin, and her family braved a cool and rainy day alongside a river, and looked like they were having a good time.


I wished I was there, as I watched. There’s no place like that down here in Louisiana.


I seems like everyone owns everything, and places to camp are dwindling. My wife isn’t interested in camping… she’s more interested in watching her favorite reality shows:


The Amazing Waste”, “Sur-liar” and several others.


In this show, the Palins point out aspects of life that many of us have shrugged off for no reason other than laziness.


So, for a new year’s resolution, I’m planning on being more active in the outdoors. I want to do with less stuff, and live with more life!


What are your thoughts?
Posted by Daniel Taverne at 10:35 PM No comments:

“…The Nevada senator, who narrowly escaped a defeat in the November election, has pursued an unusual approach to advancing the bill that gives young illegal immigrants who attend college or join the military a pathway to legal status…” Link to full story


My problem with this:


1. Illegal Aliens should be sent back to where they came from.
2. By no means should foreigners be allowed into U.S. colleges without proper documentation.
3. People who are not citizens of the U.S. or its terretories do not belong in the United States Military; at all!
4. Mass numbers of people who come here in need, will be easily manipulated by a government that seems hell-bent on destroying our republic. These people don’t understand the traditional relationship between our citizenry and our government; That the government’s power is only granted to it by the citizens. They, therefore, will not be as hesitant (and would more likely than natural citizens) enforce the over-reaching whims of an out of control government.


The “DREAM ACT” (how trite sounding) goes farther than that. I heard the act would allow the illegal to petition the government to allow him/her to bring family members here from other countries to be given citizenship also.


Now, I have a feeling that the ridiculousness’ of this act is done purposely. Reid proposes way more than anyone will accept. They draft something so off-the-wall that a watered down version is eventually tolerated.


Why do this? Look at it this way: If you wanted to create a world without borders, an open society as George Soros puts it, you might first erase the borders of nations regionally. First, erase the borders of the nations in Europe. Then, move to North America and erase our borders.


They have been working on this a while. With Sanctuary cities, and not enforcing immigration laws, and failing to secure our borders, to some extent our southern border is, in effect, on its way to a page in history books.


And now they want to introduce the DREAM act. This is another blow to our National sovereignty and another step toward George Soros’ goal. It makes me wonder who the hell Reid is in the Senate for. Is he there for the American people? I don’t think so.

Posted by Daniel Taverne at 8:46 AM No comments:

New FCC Regulation: Just Another Straw on Lady Liberty's Back


This guy sure goes out of the way trying to explain all the bipartisianship that went into this idea, yet he circumvented Congress with his "draft rules" he speaks of. What are those rules? I hope I'm not the only one feeling the smoke being blown up our butts with all his freedom protection phrases.


FCC Chairman Julius Genachowski talks about how great the Internet has been, and now it needs to be regulated? What a load of crap! This guy isn't disclosing everything, you can bet on that.


Maybe I’m falling into the trap set by progressives and socialists alike who are plotting the end of our republic.
One of the tenements in the process of this evil goal is breed distrust of government, by the people.


We’ve just had the food safety and modernization act (s.510) pass in the senate (huge government power grab), we’ve had nationalization of healthcare and student loans and public education, we’ve got a socialist relationship with auto manufacturers, Nationalization of the banking system, the Federal Reserve doesn’t have to report to congress anymore, socialists, Marxists and communists litter the Washington DC landscape, and the government is in bed with Unions and George Soros' currency killing enterprises. And, today the FCC chairman, Julius Genachowski gave a speech indicating his intent to push “net neutrality” through regulation, rather than congressional mandates. Julius obviously has TOO MUCH POWER! (Here's the video:)

Now, with all of this as evidence, do Americans have reason to distrust government?


All of these actions are happening closer and closer together too. It’s like a quickening of our Republic’s demise is at hand.


The debt commission, this week, recommended a value added tax to help reduce the debt. Do you really believe the government would use the extra money to pay down the debt? What does prudence tell you?


What do we need to do? We have got to stick to our core-American-Values. We must firmly hold fast to the belief that our liberty comes to us by our Creator, and we mustn’t budge on this truth.


The promise of Socialism that so many young people seem to adore, is a lie. Socialism makes the kinds of promises that Satan makes, and eventually leads to the literal deaths of many.


Now, the Jack-boot thugs who kicked Jew’s doors down in Germany were outside of Hitler’s wrath. I suppose this is the position American Socialists desire to be in when the crap hit’s the fan. They, though morally wrong, will be the strong arm of the establishment. The dream act, as I understand it, could go along way toward filling the ranks of American Socialists… food for thought.
Posted by Daniel Taverne at 11:24 PM No comments: