The Tea Party.net  - http://theteaparty.net - is none too pleased with the comments made on Hannity yesterday by Karl Rove.

Here is  theteaparty.net  Facebook reaction (in full)  to Rove's comments:


"On Hannity yesterday, Karl Rove said that the tea party organizations that are "against him" and their "little websites" are just "lining their own pockets" from fundraising. Oh really Mr. Rove?

aybe Mr. Rove needs to take a look at TheTeaParty.net financials and see that the majority of our fundraising is going to recruiting over 2.5 million new people to the tea party movement and our events and activism across the country like co-hosting CPAC every year. And no one is paid a large salary on our staff. Our fundraising dollars that average $43 from moms, dads, grandparents and every day citizens go to advancing the tea party movement while the far majority of their millions of dollars went to republican establishment candidates that lost. His donors are mostly millionaires that have an agenda other than the constitution. So all those millions of dollars spent on ads of candidates that didn't win were spent on NOTHING and nothing was gained from it unlike what the tea party movement gains every day with our activism. 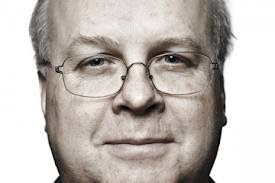 Here is the interview between Hannity and Rove:
Posted by Daniel Taverne at 4:26 PM