THESE SENATORS VOTED FOR THE U.N. ARMS TRADE TREATY (THIS MUST GO VIRAL!) We Elect them, they Stab us in the Back

From the Conservablogger inbox...

Nothing like a good-ole knife in the back by our own elected representatives.  They  swore to uphold and defend the constitution, but instead they are stabbing us all in the back!

I received the following email today and felt compelled to share it.  I noted my own Senator Mary Landreau voted for this, so she lost my vote in 2014.  It'll be anyone but her, and I'll share this info with all my social media friends.


MAKE THIS GO VIRAL...a list of Senators who sold us out.... 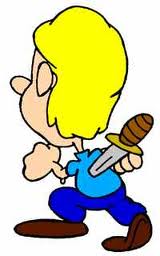 Here is the list of Senators who voted to allow the UN to take your guns and are traitors… send them emails immediately  (Colorado senator traitors in highlight…)
http://www.senate.gov/general/contact_information/senators_cfm.cfm
"Nobody made a greater mistake than he who did nothing because he could do only a little.” — Edmund Burke
MAKE THIS GO VIRAL...a list of Senators who sold us out....
Hillary Clinton tried to sell us down the river on this too!!  Don't forget that when she runs for office again, if she ever gets that privilege again!!
Over the weekend, we came four votes away from the United States Senate giving our Constitutional rights over to the United Nations. In a 53-46 vote, the senate narrowly passed a measure that will stop the United States from entering into the United Nations Arms Trade Treaty.
The Statement of Purpose from the bill read:
To uphold Second Amendment rights and prevent the United States from entering into the United Nations Arms Trade Treaty.
The U.N. Small Arms Treaty, which has been championed by the Obama Administration, would have effectively placed a global ban on the import and export of small firearms. The ban would have affected all private gun owners in the U.S., and had language that would have implemented an international gun registry on all private guns and ammo.
Astonishingly, 46 of our United States Senators were willing to give away our Constitutional rights to a foreign power.
Here are the 46 senators that voted to give your rights to the U.N.
Baldwin (D-WI)
Baucus (D-MT)
Bennet (D-CO)
Blumenthal (D-CT)
Boxer (D-CA)
Brown (D-OH)
Cantwell (D-WA)
Cardin (D-MD)
Carper (D-DE)
Casey (D-PA)
Coons (D-DE)
Cowan (D-MA)
Durbin (D-IL)
Feinstein (D-CA)
Franken (D-MN)
Gillibrand (D-NY)
Harkin (D-IA)
Hirono (D-HI)
Johnson (D-SD)
Kaine (D-VA)
King (I-ME)
Klobuchar (D-MN)
Landrieu (D-LA)
Leahy (D-VT)
Levin (D-MI)
McCaskill (D-MO)
Menendez (D-NJ)
Merkley (D-OR)
Mikulski (D-MD)
Murphy (D-CT)
Murray (D-WA)
Nelson (D-FL)
Reed (D-RI)
Reid (D-NV)
Rockefeller (D-WV)
Sanders (I-VT)
Schatz (D-HI)
Schumer (D-NY)
Shaheen (D-NH)
Stabenow (D-MI)
Udall (D-CO)
Udall (D-NM)
Warner (D-VA)
Warren (D-MA)
Whitehouse (D-RI)
Wyden (D-OR)
Hello All, here is the list of all the TRAITORS in the U.S. Senate -Thank God there was none listed for OK, AR, TX
People this needs to go viral. These Senators voted to let the UN take our guns. They need to lose the election. We have been betrayed.
Posted by Daniel Taverne at 10:52 PM