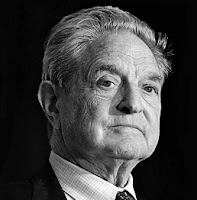 The Federal Communications Commission colluded with a George Soros-funded, Marxist-founded organization to publicly push a new plan to regulate the Internet under the government’s "net neutrality" program, according to just released documents.
The shock material was released in response to a Freedom of Information request from Judicial Watch, the public interest group that investigates and prosecutes government corruption.
The released documents include internal correspondence and emails evidencing some coordination between FCC officials and leaders of Free Press, a controversial nonprofit which petitions for more government control of the Internet and news media.


I went to the “for the kids” section and was soon watching Elmo explaining to kids how the FCC was going to help keep kids safe, while speeding up their network connections with broadband for everyone.


I also noted how the FCC gets to regulate the internet by calling it a means of communications…. make no mistake, the FCC (and George Soros I guess) has taken control.

Also, they want to use the power of internet broadband to control electrical energy usage by citizens.


They claim we consumers will get “realtime indications of power usage” that will “automatically regulate”. What exactly does this mean?


Here is a lLink to site where you can read this information.
Here is the Elmo video I referenced. Note how a trusted childhood friend from PBS is being used to sell government intervention and acceptance to our kids.

The government (FCC in this case) is a friend to be trusted; right? This is classic indoctrination and propaganda.